Head Office of the Departmental Federation of Energies, Cahors France 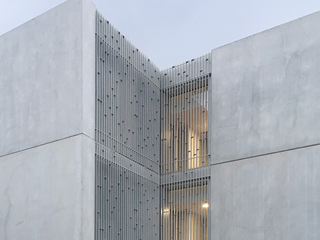 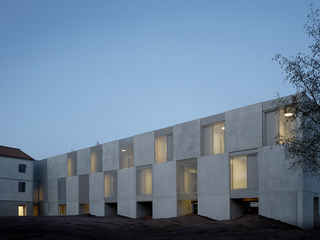 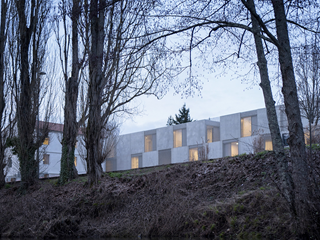 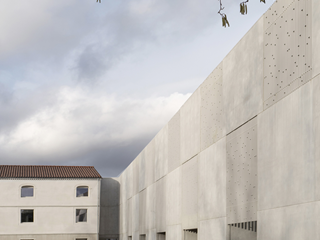 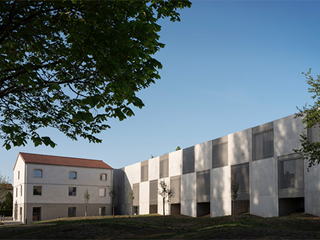 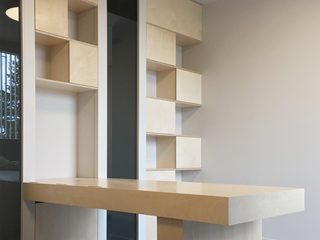 On the edge of a small arm of the river, facing the peninsula of the Cahors stadium, the new offices of the Lot Departmental Federation of Energies occupies an former vegetable plot. This land in a flood zone led Franck Martinez architecture workshop to raise this 600 square meters structure. He imagined a volume all in length, linked to an old 18th-century building carefully preserved and rehabilitated.

The building is moving towards a rational typology of an office building. Its envelope is punctuated by a regular grid, alternating concrete elements and SOLEAL 65 composition windows. The dynamic configuration of the full and empty spaces contrasts with the existing building and its regular layout with TECHNAL joineries.

To protect themselves from the sun, the joineries use fixed metal skylights or motorised blinds depending on the exposure of the east/west façades.
The slim aspect of the profiles and the silk grey colour of the various elements, which is similar to the concrete, allow the openings to disappear entirely in the façade.
This effect, “tone on tone”, changes the appearance of the building according to the external views. Looking from the sides, the envelope looks smooth but the holes are clearly visible from the front view. Easily recognisable from the street, the facade creates a strong image for the Federation.

Prefabrication work was also essential for this project. Rouergue Aluminium, metal builder, has manufactured identical modules for each office in its workshop. They integrate a fixed frame with transparent glazing and an opening with aluminium sheet infill.

The offices are organized on both sides of a central circulation giving rise to two thicknesses of premises. In the east, services, vertical traffic and common premises are favoured. To the west, on the landscaped garden, the various services of the programme alternate with small full height patios.

Return
Who you are?
Public
Professional
Are you sure you want to delete your account?