"It has been decided to award the prize to this project because of the innovation of the building, clean and clear, with undeniable simplicity". 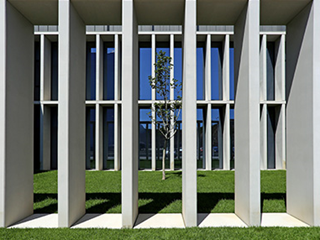 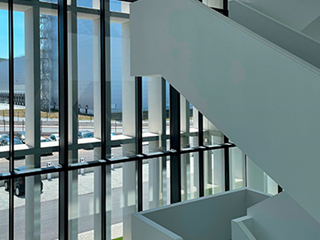 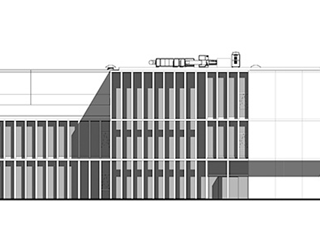 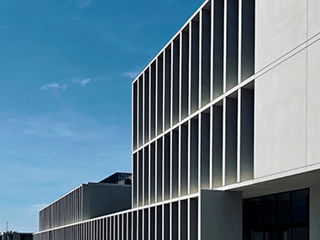 The building, which houses the production of aeronautical components, is made up of two autonomous blocks, of equal height. The first is made up of a large industrial warehouse, while the second block, with three floors, is the social and administrative area. The skin of the main elevation is made up of a prefabricated concrete panel that adapts and homogenises the whole of the parts.

A series of formally ordered sheets provide roundness to the project. This dynamism is broken by the play of solids and voids projected, also creating an enormous flexibility and variety of lights that penetrate the building. The aluminium curtain wall helps to formalise the reticular rhythm of the facade. Once inside, the lobby designed at triple height stands out with its suspended staircase that connects the different floors, exploring the harmony between rhythm, light, and the play of scales within the space.

The permeability that is experienced between the exterior and the interior is produced by the GEODE curtain wall GEODE curtain wall, designed on the basis of the same reticulated reticular pattern that forms the concrete façade.